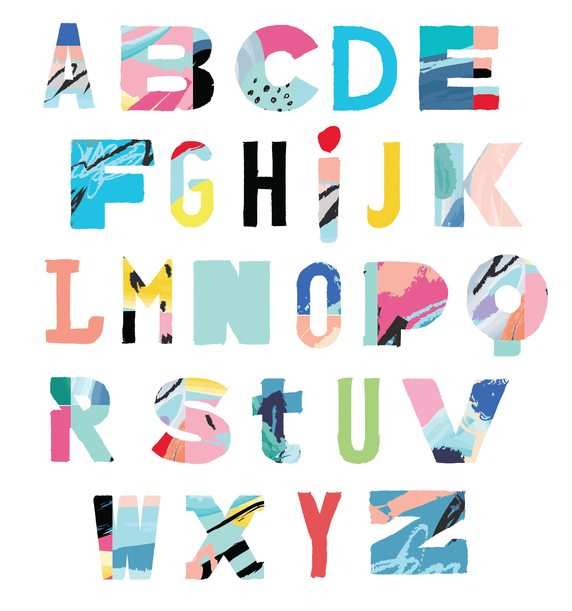 Font. Those that think they know often don’t. We think it’s about time that businesses get some brutally honest thoughts on font choice, so we sat down for a chat with Sarah Firle, our Senior Graphic Designer, for the real scoop.

We know, we know: Comic Sans is so bad that it’s the root of every design joke. For those who don’t “get it,” can you articulate what makes it so bad, especially for businesses?

S: Comic Sans is a standard system font that non-designers flock to because it’s the “fun one.” Too often, when businesses see themselves as “lighthearted” or “fun,” Comic Sans is their go-to, but unfortunately it’s the stamp of amateur. It’s too childlike and doesn’t have any business being used for any business.

From a design perspective, what makes it so hard on the eyes?

S: It’s wobbly and rounded in all the wrong ways. There are no straight lines to establish structure and polish. There’s nothing professional about it. I view it as a child’s handwriting, a bit silly and flimsy. It’s outdated and standard and instantly devalues a business. It makes a business seem small, too. And maybe your business is small, but you still want to convey your expertise both through your words and aesthetic. Even if you sell confetti, you can communicate your own unique expertise in an artful, styled way. Comic Sans is just too…comical.

What’s another common or trendy font you would never recommend a business use? Why? Is there ever a circumstance where it’s ok?

S: I tend not to recommend any standard system fonts—the fonts that just come with your MAC or PC. It’s not that they’re all “bad,” but that they’re too baseline and unremarkable. These are the fonts any “Old Joe” has access too. As designers, we have a world of creative typefaces at our fingertips. Why not tap into that and create brands that have their own unique voice? Of course, there are times where system fonts are necessary; with email marketing and powerpoint presentations, you’re limited to the fonts the end-user has on their system. At that point, Helvetica, Calibri, and Arial are your friends again.

Generally, what makes a font all-around “bad” in the first place?

S: There are a lot of ways a font can be “bad”: illegibility, weak structure, jagged edges. Sometimes, it’s just that it’s overused that it’s considered “bad.” Sometimes, it’s the way it’s being used: an overly ornate font as body copy, Times New Roman for a music festival flyer. I’d say the usual suspects that are “bad” no matter what, when or who is using them are Curlz, Papyrus, and Hobo. Like Comic Sans, they are amateur choices that get consistently used by those “not in the know.” Just because you’ve got a girly makeover shop, doesn’t mean you need frills on your signage. Oh, do you sell Native American artifacts? Is that Papyrus? Cool. It’s an obvious choice for those that think they’re being creative, but they’re really sending the opposite message. To me, these choices spoil the reputation of a business.

Should industry impact font choice? How?

S: Absolutely. If you’re in construction, for instance, you’d likely want to lean toward a bolder, heavy-weight font, maybe all caps. You want your words to communicate “sturdy” and “strong.” On the flip side, if you’re a spa, thinner strokes, all lowercase, even script styles might work to convey that soft, relaxed feel. But script styles might not work for something like software. They’re too delicate. The letter forms should be a reflection of your company’s principles. The feeling of those principles should be palpable even before the final copy is added.

On that note, if your content is fun and expressive, you don’t want to tie that down with a stuffy font. And it’s not just the font itself. It’s the typesetting, too: the tracking (space between letters), the leading (distance from one line to the next). Are you filling a page with long lines, or shorter columns? How is the copy laid out? A powerful message gets missed if the font and typesetting isn’t helping carry it. If you’re making a bold statement and it’s just blending into the sentence, that bold statement gets lost.

Remember that how your materials look is a reflection of who you are and your professionalism, the entire credibility of your business.

How do designers understand these nuances in a way that non-designers (or non-marketers) don’t?

S: A designer’s eye for aesthetics just gets ingrained in them from being so immersed in it every day. As far as font selection goes, there’s no class that teaches you what’s good and what’s bad. We explore a glossary of terms related to font: weights, serifs, counters, x-height. You learn to understand what letterforms communicate the brand voice best. We become familiar with different font foundries (a company that designs and/or distributes fonts) and know their quality. Hoefler Frere-Jones (now Hoefler & Co) is one of my favorites. They consistently release popular, widely-used, practical fonts. There are new fonts coming out all the time and it’s part of my job to curate what’s really workable. I just acquired a new one, “Artegra” that I think has legs to become a popular favorite among designers.

What about standard fonts? Does the layman have access to decent choices without having to buy fonts?

S: As I mentioned before, these aren’t my recommendation, but if you’re limited to standard fonts, you’ll end up making something that looks average and unremarkable. For Apple, the default font is Myriad. It’s certainly not a hideous font, but it’s just kind of recognized as lazy. It says, “you took what was there and ran with it.” It doesn’t leave any sort of distinguishing impression.

Designers have access to a whole other world of fonts and they aren’t always cheap, so it’s not something you can logically invest in as a non-designer. There are a lot of free fonts out there, but you have to have the eye to see what’s actually quality. Don’t expect to come out with a masterpiece from DaFont.com. Fonts are like mini works of art. You have to be highly skilled to produce a clean, useable font.

What factors should a business consider when changing fonts for different media? How many are too many?

S: I prefer to stick to 2-4 fonts that are your brand’s fonts, and within that, some might work better as header text, others for body text. When it comes to media that require standard fonts (email, powerpoint, etc.), pick the best suited system font that compliments the “designer” set you’ve established for your business.

For special pieces, like something that has a particular theme, it’s okay to bring a new font forward to suit that theme. For the basics, make sure that it still stays on-brand. I’ve seen brand guidelines that are a hodgepodge of everything. If you’re everything, you’re nothing. Your audience won’t be able to recognize you or hold onto something concrete. It becomes too disjointed and not cohesive enough to build a brand around.

What’s your favorite font? How have you used it and what does message do you think it conveys?

S: Some may argue that it’s overused, but my tried and true is still Gotham. It’s so versatile! There are a ton of members in the font family. It looks great in body copy and headlines, as uppercase and lowercase. It tracks out beautifully. It’s clean, polished, and suitable for a broad range of clientele. It’s pretty classic. It’s unfortunate that it’s not web safe, but Gotham has a really good counterpart in Montserrat (a similar font that IS web safe), so you can still cross that barrier from print to digital pretty seamlessly. I think it conveys stability and professionalism. It’s fresh and modern and has a lightness to it, in that it seems “happy,” but not overly playful.

Here’s the doozy: what do you wish businesses knew about font selection for logos?

S: Don’t be too literal with your font choices. Just because your business is “fun and dancy” doesn’t mean that that’s how the font needs to look to get that across. It can be simpler, more subtle, and the overall design can convey the message of “fun” that you’re trying to communicate.